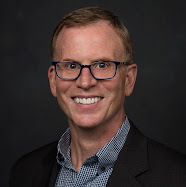 Mike Armstrong has a simple goal for writing books for kids: “I want to do what so many children’s book authors did for my daughter - write books that children and parents will enjoy reading together. Books that will make them both laugh, help spark their interest in reading, and encourage them to seek out the next book. And the next one. And the next. “

Before becoming a writer, Mike worked as a marketing professional, which involved traveling to other countries. The poverty and hopelessness he witnessed in some of them changed his career path; he became the director of several non-profit organizations that helped people improve their lives.

When his daughter was born and Mike became a stay-at-home dad, he discovered the world of children’s books, which led him to a new career as a children’s author.

What inspired you to write Best Day Ever?

I was a stay-at-home dad with my daughter for 10 years, and in the early years I took it pretty seriously. I felt like every moment was a crucial teaching moment, and so I had a tendency to over-schedule. But it was exhausting, and honestly, it wasn’t very fun for either of us. Then one day I was watching her play in the backyard with a stick, and she was having the best time ever. That’s when I realized that letting her spend time with her imagination was far more important – and more fun - than anything else I had planned. And that moment was the seed for Best Day Ever.

Tell us about how you found an editor who bought the manuscript and what the process was like from contract to publication. 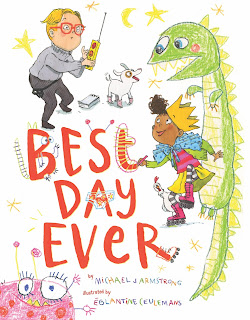 I think my path to publication was different than most. I had scheduled a critique with an editor at an SCBWI conference for another manuscript that I had been working on for two years. Then, at the last minute, I switched out the manuscript with something new I had just finished drafting (the reason why is a whole other story). After reading it, his exact words were, “I can fix this.” Not the most glowing of critiques, but he was interested in seeing more. He sent me home with some notes that I followed to the last detail, and he acquired the revised manuscript shortly after. But then he left the publisher. I was so worried it would get dropped that I flew to New York and meet with my new editor to make sure she was on board. She was. Then she left. Then I met with the next one. Then two more left. I’m now on my fifth editor, and each time I was convinced that my book was going to end up on the chopping block. And each time I would tamp down my excitement. So, I’ve been on a bit of an emotional rollercoaster for the past two and a half years. And then, of course, the pandemic hits, my release gets delayed, and even more anxiety. But now it’s out, and it was totally worth it. I think.

What was involved in getting an agent?

Basically, I parlayed my offer into representation. Once I knew that a publisher was interested in my manuscript, I put together a short list of agents that I thought would be good. Then, when the publisher eventually offered to acquire it, I sent out emails to my short list telling them that I had a pending offer and wanted representation. Fortunately, it worked.

Were you able to collaborate at all with your illustrator, Eglantine Ceulemans?

I was fortunate in that my publisher presented me with three different illustrators, and we ended up agreeing on the one I preferred. And I couldn’t be happier with Eglantine’s illustrations. My publisher also asked for my feedback on the illustrations several times during the process, but I never actually communicated with Eglantine. Honestly, I didn’t have very many comments. Illustrating is not my strong suit, so I figure it’s best to defer to the experts.

I took your workshop on marketing and it was incredibly organized and thorough. How did your marketing plans work out in spring of 2020 when your book came out in the midst of a pandemic?  Which strategies do you think have worked best so far?

Thanks, I’m glad someone got something out of my session. And yes, COVID basically ended up trashing the marketing plan that I spent two years developing. I made tons of contacts at bookstores, libraries and schools, had over 30 readings and signings scheduled for the spring/summer, and was on my way to scheduling a bunch of school visits in the fall. All of it went out the window. I also had a few things in my personal life go sideways at the same time, so my marketing efforts weren’t nearly as robust as I had hoped. That said, I’m taking a hard look at virtual book marketing, and am beginning to seriously question the benefits of working within the confines of a traditional publisher.

From where do you get your story ideas?

I steal all my ideas from fellow author and “writing nemesis”, CJ Penko. I’ve never met anyone with so many ideas. She’s a machine, and she’s going to publish a ton of books. Otherwise, the ideas really come from everywhere. I think that the more you write, the more you see potential story ideas floating past throughout the day. That said, lately I've been trying to meditate on themes I’m passionate about. I have a few things that I really want to write, so I’m trying not to get distracted by new ideas. Because new ideas are always more fun to think about than old ones. New ideas can be the mortal enemy of final drafts.

Tell us about your writing process.

My process is a mess, honestly. I try very hard to be methodical and follow a process of 1) identifying a theme, 2) creating a character, 3) developing a plot, and then outlining the whole thing. But it never works out that way. So basically, I’m saying I have nothing of value to offer here. That said, I think that different processes work for different people. And at the end of the day, the important thing is that you write.

Can you tell us what other books are in the works?

I’ve got a couple more books with Anna and Will that I’d like to get published. After that, I want to write a story about one of my favorite Buddhist parables. From there, who knows? Maybe I can steal something new from CJ.

What is the best part for you about being a children’s author?

Without a doubt, it’s that it inspires my daughter, and that she sees a viable path toward something that I never thought was possible for me. She’s nine, and she wants to be a writer/illustrator. For Easter, she gave to two fully-formed, hand-written graphic novels – roughly 10-12 pages each – as a gift. She spent months working on them. Before that, I used to think I had stuff that was important to me. Now I have stuff that’s important to me.

Your ego is your enemy. Don’t let it stop you from sharing your work with anyone who will listen, or from hearing the feedback you get from those people.

And, sorry, I really want to know, is William YOU?

William is definitely a part of me. He’s the part of me that takes things too seriously, who doesn’t need anyone’s help, and forgets to enjoy life. And although I love William, I’m working hard to be less William and a little more Anna.

Here’s the weird thing, though. I never spoke to Eglantine about the character’s appearances, nor did she ever see a picture of me. And yet, William kind of looks like me. More than one person has mentioned it. Go figure.

Plotter or Pantser?  A plotter who longs to be a pantser.

Who would you like to have dinner with (living or dead)? Oscar Wilde

Do you do your best work in the morning, afternoon, or evening? Evening

And don't miss this special interview with his daughter: https://youtu.be/DbQgaddAfWk