Serialized Fiction: Is It For You?

Serialized fiction is nothing new. In the late 1800’s and early-mid 1900’s, many classics like Treasure Island and The War of the Worlds began as a series of chapters published in magazines or newspapers. 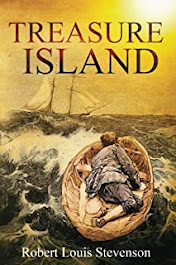 Though this form of publishing never truly disappeared, its popularity waned for a long while. But today, serialized books have found a resurgence through social media platforms like Wattpad, Sweek, and more recently, Kindle Vella.


At first blush, you might think it’s only for adult books. But Kindle Vella has an entire children’s collection, and both Sweek and Wattpad publish YA novels as well as adult.

Besides writing a serialized novel (publishing one chapter at a time), writers also use these platforms to publish stand-alone short stories as well as serials (like soap operas and weekly TV dramas and sitcoms.)

Readers can access a great deal of content for free, but there are also paid options. Wattpad includes some books in their Wattpad Paid Stories, but it’s by invitation only.

What’s in it for writers? Promotion, recognition, and possibly building a fan base. And the possibility of royalties. Wattpad boasts a monthly audience of 90 million users. It’s a great way to connect with readers, especially for new or unagented authors. There are also some protections in place against plagiarism.

Some have found success on these platforms. Over 100 books have been published that had their origins on Wattpad.

One of these authors was Brittany Geragotelis, who tried for ten years to get published traditionally. After posting on Wattpad, she garnered nineteen million readers and Simon and Schuster published her YA book and sequels.

Nikki Kelly’s Wattpad-published romance trilogy was picked up by MacMillan in 2014.

While these success stories aren’t the norm, the potential is out there. 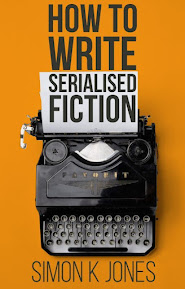 If you are interested in serialized fiction (or nonfiction), thoroughly explore all of the information on the platforms’ websites. Another suggestion: read one or more how-to books, like How to Write Serialised Fiction by Simon K. Jones. Start reading it right now on... Wattpad!