To Be or Not To Be

Writers often hear this excellent advice, but following it poses some challenges. Authors can heed this advice to some degree by choosing to use active verbs instead of passive forms of the verb “to be” (is, are, was, were, etc).

Active verbs make our writing more descriptive and concise. They enliven it with concrete details. They make it more readable, and they help appeal to the senses. Active verbs move our scenes forward. A well-chosen active verb can eliminate the need for an adverb.

For example, one could write the following sentence using the passive verb “was.”


This sentence summarizes the situation. Or one could use active verbs to show how Robby’s room looked.

Robby’s red T-shirt draped the chair by his desk. Socks of various colors tried to escape from the open dresser drawer. Potato chips crumbs littered the floor and formed a trail to the Legos scattered underneath the window. Rumpled sheets and blankets covered the unmade bed. An empty milk glass stood on the nightstand surrounded by chocolate chip cookie crumbs.


Using active verbs creates a more vivid picture of Robby’s room and also gives some insight into his character traits.

Or consider the following sentence which tells us about Suzie using a passive verb.


Using active verbs shows the reader her happiness and add more emotional intensity to the scene.

Suzie’s face glowed with a radiant smile. Her eyes sparkled. She hummed a lively tune as she skipped down the sidewalk. A small burst of laughter escaped at the sight of two puppies playing in the neighbor’s yard.


Now try your hand at changing these telling sentences into showing ones by using active verbs.

So if you want stronger writing that packs more punch, read over one of your manuscripts and highlight every passive verb. Then go back though the manuscript and replace each passive verb with an active one. Bet you will be pleased with the results. 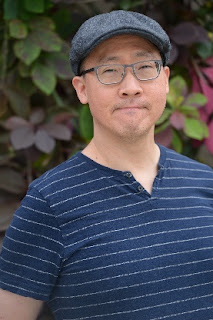 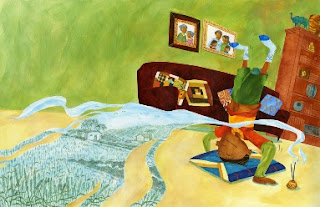